Open doors of the university: 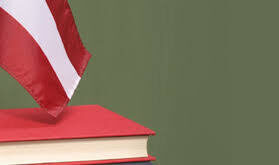 Open doors of the university:

The University of Algiers 3 organizes open days at the Delly Brahim central library, from July 15th to 23th , 2019

Four phases of university enrollment were identified, and this after the announcement of baccalaureate’s results and when the winners get their own number.
The initial enrollment phase will start from July 20th until August 3rd, 2019. This stage will include the filling out of the Wish Card and placing it online through the Web site of the university enrollment http: www: orientation-esi.dz “and announcing the results of the orientation.

On the other hand, the gate for accommodation is open from august 8th to 17th , while the second treatment is performed in case of failure in tests, interviews and re-routing requests from 14th  to 17th of the same month.

For reference, the Ministry of Higher Education and Scientific Research organizes open days at the institutions of higher education from July 15th to 23rd, 2019